With the arrival of the Temple of the Zodiac, pendants also become part of the main equipment base, and with them a new system will be implemented, the Rare Attributes, being a variation of Jolla and Arumaka as we already know, but focused exclusively on talismans.

The procedure for trying to include these bonuses will be done in NPC Seon-Hae. 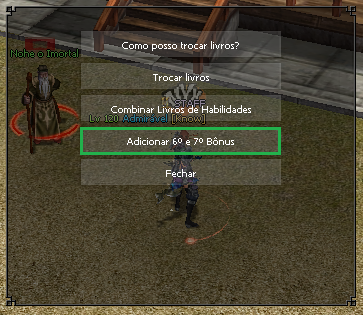 To carry out the process, two items can be used, the

Lucent Yellow Powershard, which is a mandatory requirement, and the

Additive, which has different types and although it is optional if combined with the prism, it increases the chances even more, especially if used in larger quantities.

It is only possible to include a maximum of two bonuses, each of which must be added one at a time, at each attempt the NPC will keep your pendant for up to 24 hours (running time), but this restriction can be reduced or even completely removed with the use of the

Time Spiral. To change the attributes that already exist in the pendants, it will be necessary to use one of the new items, which can be either the

Check below the possible attributes and their values, which will vary with each new reset of the bonuses according to the will of the Dragon God.

- Unlike the BR server, our team chose to adapt this system only for the Pendants, keeping only the main bonuses, in addition to making everything simpler and intuitive, it also keeps the game balanced, since we already have the 6th and 7th attributes. In our point of view, adding this new objective as an 8th and 9th Bonus as it was done there, for example, would result in the medium term in an imbalance in PvP and in a considerable imbalance mainly in PvM, even due to the various options that the game currently already offers to complement the damage of players, and it is worth noting that originally this content was not planned by the developer to be combined with our attributes, since a part of them only exist in this way in our region.

- The conventional system of 6th and 7th attributes will remain the same for the other equipment, not receiving any change in its add-ons or in its addition process.

- It is only possible to try to add the 6th or 7th attribute from the moment the pendant already has 5 bonuses.

- Unlike the conventional system, rare attributes will have more variations.

- From now on, all the 6th and 7th attributes are no longer white, becoming yellow, both on the pendants as well as on other equipment, exactly as on the official servers.

- The related attributes will not be available in the conventional 6th and 7th attributes system, being exclusive for the pendants.

- Additives have 4 categories, each of which increases the chances of success.

- It is only possible to add the yellow bonuses to the pendants by performing the process in Nohe this way Jolla Reading will not affect them in any way.

- It is only possible to reset the yellow bonuses on the pendants with Elemental Changes, so the Reading of  Arumaka will not affect them in any way.

- Time Spirals have a cumulative effect, so the smaller the effect, the more units will be needed to remove a time restriction.

- There is no risk of losing the pendant on the NPC, this is a completely safe process.

- All bonuses are official, both in their values ??and in their effects.

- Bonuses are assigned randomly, as far as possible.