The Arrival of Costumes

Costumes are an important and pleasant accessory, initially produced with the sole purpose of changing the appearance of the characters, however they began to receive notable importance with the implementation of the attribute system, effectively helping the gameplay of its users. 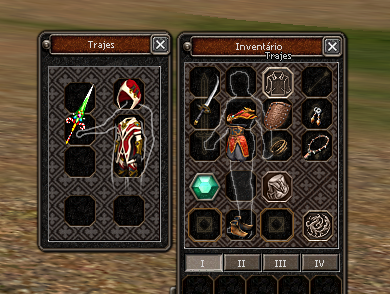 Since its launch, they have undergone several changes, the most evident of which is its vast diversity, generally addressing thematic elements, currently the system is segmented into three different components.

There are two types of costumes, they are (common) and (+), the costumes+ already have by default a fixed attribute that can contain up to three of them.

To add or change the costume+ bonuses you must use the

Transform Costume  by dragging the item over it, the attributes are set at random.

After getting the three attributes added to the costume+ the

Enchant Costumes will be responsible for changing your extras, however it will not remove the amount of bonuses already in existence.

In AoM2 the possibility of including bonuses in the three costume segments is a little different, having as main purpose the PvM activity, check the possible attributes in each of the pieces:

Costume Bonus Transfer, in the process one of the suits will be destroyed.

- The main objective of the implemented changes is to avoid the unbalance of PvP bonuses and reductions, as well as the valuation of such equipment for PvM.

- Costumes+ can be freely traded between players.

- After the end of its duration, if the attributes are not transferred, the Costumes+ disappear.

- As it is a visual accessory, it is not possible to include additional "whites" (Jollas) in it.

- Bonuses are assigned randomly, as far as possible.

- We are not responsible for items destroyed or expired by the aforementioned processes.